No items found.
Product is not available in this quantity.

The Walking, Yoga, Meditation, Silence retreats are organised and managed by Roz and Derry Robinson who have lived at and looked after Gayles for most of their lives (indeed, Roz for all of hers). They have been hosting retreats, for both independent teachers and with Roz at the helm, since 2011. They both mind all aspects of the retreats and the estate with Roz focussing particularly on her practice and on growing vegetables, with Derry using the produce in the kitchen to provide thoughtfully prepared and substantial meals. They recognise the extraordinary privilege of being in such a place and strongly believe in the value and opportunity they offer in sharing it with others. 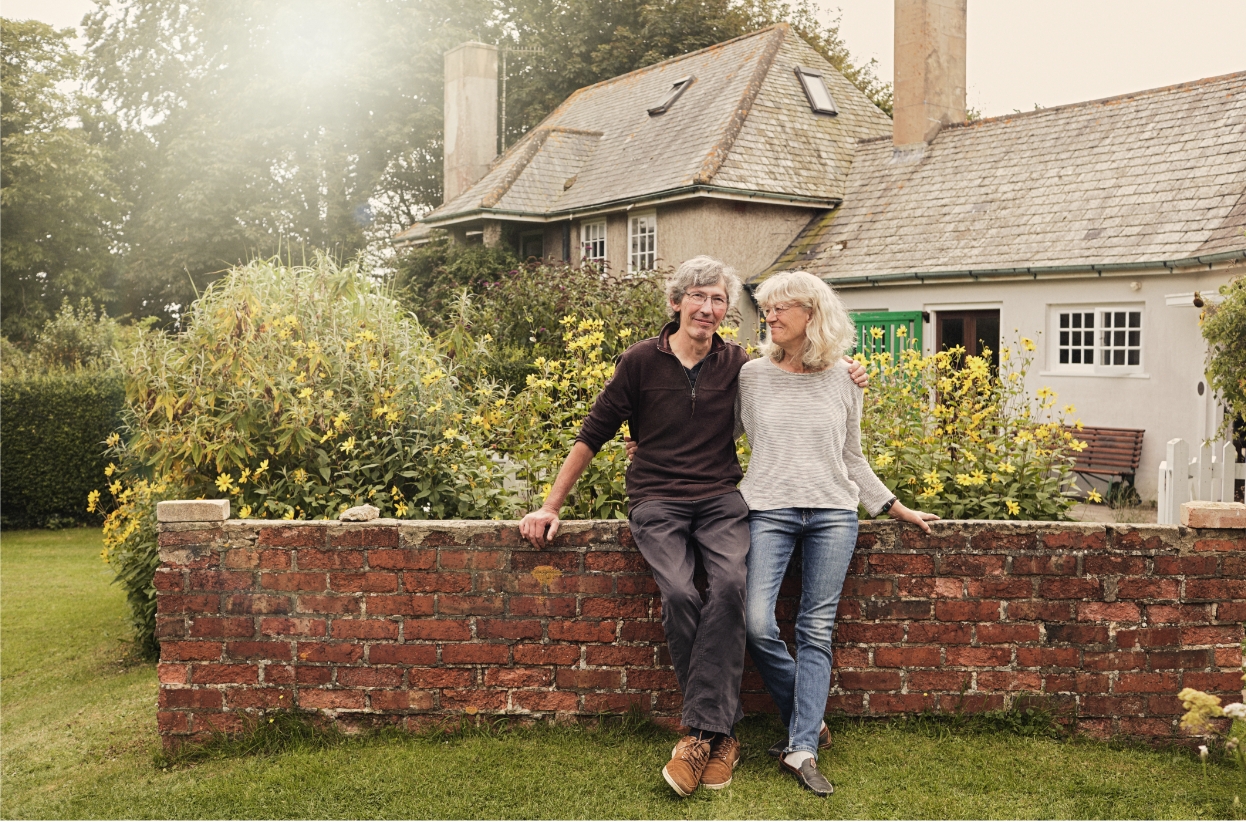 In 1994, as a young mother of four children, Roz began to practice yoga in order to give herself a little time in her otherwise frantic family life. As her practice deepened, she became interested in her own emotional landscape which lead her in 2000 to train initially as a Humanistic Counsellor and then, wishing to further develop her knowledge of psychology and her professional efficacy, she enrolled on a Human Givens Postgraduate Diploma course, qualifying with a Distinction. During her training Roz had carried out her placements in GP surgeries and, having completed her studies, in 2005 she was offered a post within the NHS as a Psychotherapeutic Counsellor working in Primary Care. She also became Accredited with UKCP.

In 2008 it seemed like a natural progression for her to further her development by becoming a qualified yoga teacher, and she completed a KYHF accredited course with Marc Beuvain in 2010. Alongside working in surgeries within the NHS, Roz has run her own successful private counselling practice, counselled as part of a hospital Pain Management team, taught yoga to staff at two local hospitals and has also provided private one-to-one and group yoga classes. She has also been facilitating retreats at Gayles since 2011.
‍
In the Autumn of 2014 Roz resigned from the NHS in order to spend more time deepening her spiritual practice and to dedicate herself to managing Gayles, her ancestral and life-long home, which she and her husband, Derry, opened as a retreat facility in 2010.

In 2011 Roz started running her own retreats and soon after 'Walking, Yoga, Meditation, Silence' emerged. After many years of facilitating these retreats she still loves the way the four practices come together so perfectly.  Making for a very simple, grounded and inspiring approach to self discovery.

The first house at Gayles was built by Roz’s great-grandfather who moved down from Yorkshire in 1900 (and named it after the herb, Sweet Gale). Inevitably, the intervening years have seen enormous change; the estate was requisitioned and used as an airfield in WW2, further properties were built and later sold and eventually Roz became the last member of her family to continue living here and Gayles itself became a vision as much as a family home; an oasis of calm in an increasingly frantic and chaotic world.

Gayles is unique in that it is easily reachable by public transport whilst also being situated in an Area of Outstanding Natural Beauty and surrounded by National Trust, Country Park and Forestry Commission land so we have open access to stunningly beautiful countryside all around. 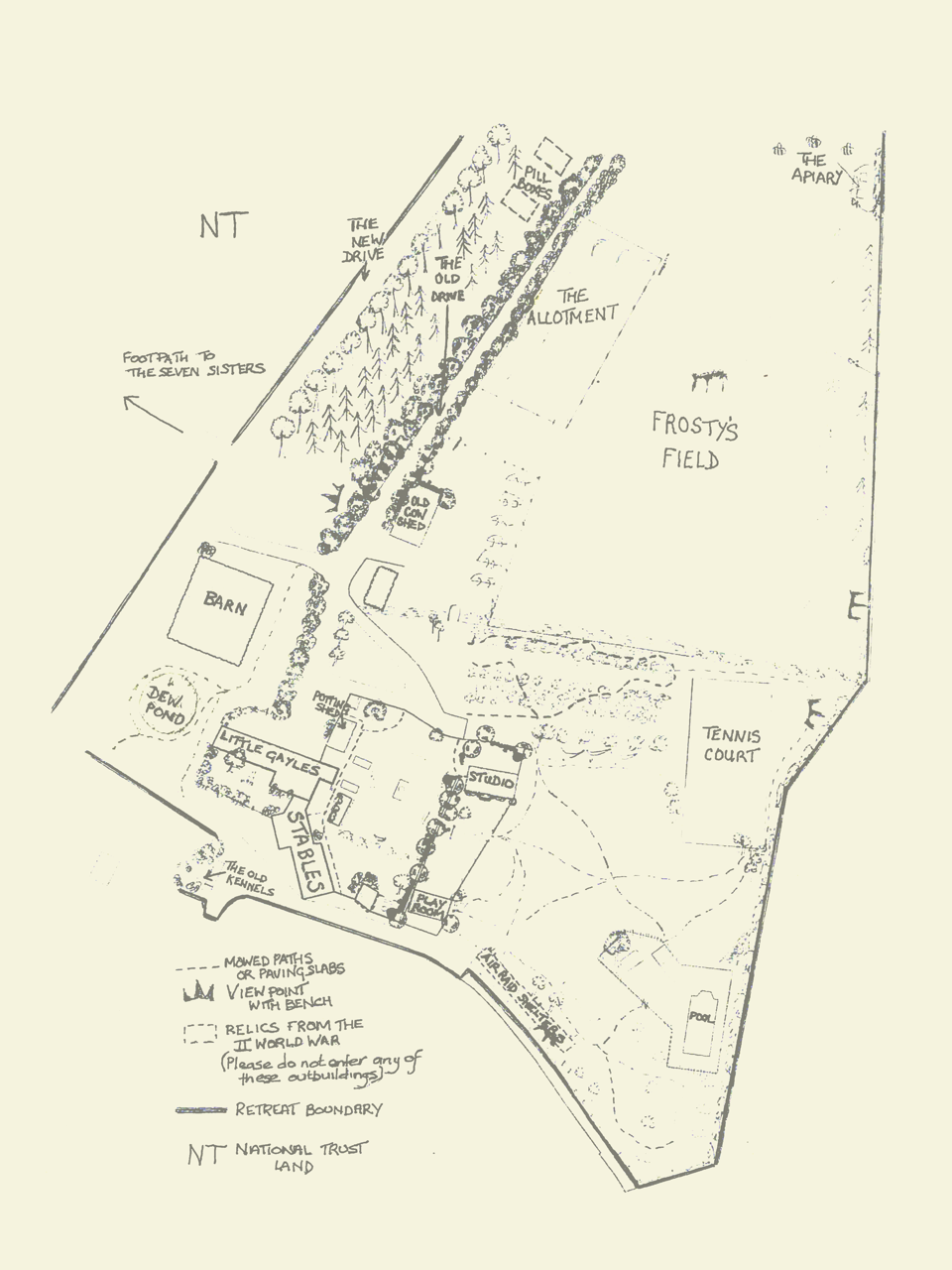 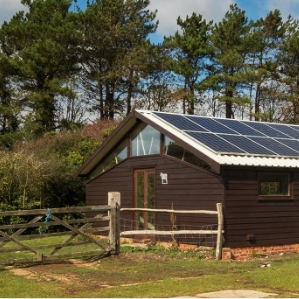 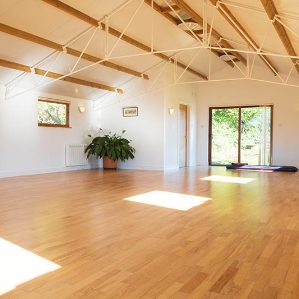 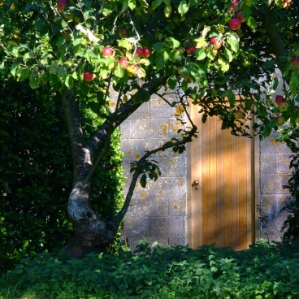 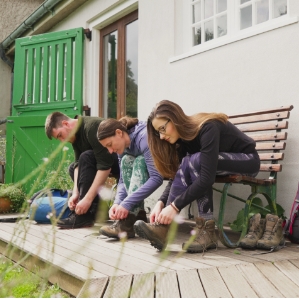 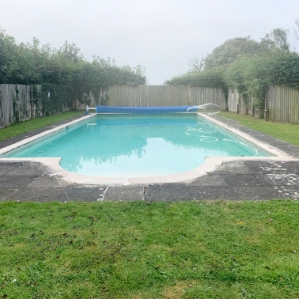 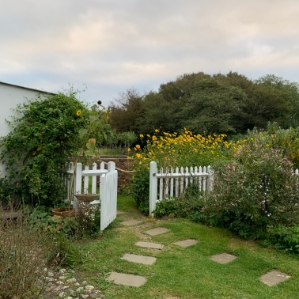 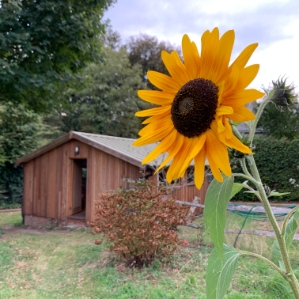 We have taken special care to create a comfortable and peaceful space for you to enjoy during your retreat. The accommodation allows for you to have your own room or to share with up to five others in thoughtfully appointed buildings set in beautiful grounds and surrounded by rolling downland with breathtaking views all around.

Once a hen house then converted into a playroom and dormitory, ‘The Old Playroom’ sleeps up to four (with four single beds) and has one shower and one toilet. This thoughtfully renovated out building offers high-quality, comfortable and spacious single-gender accommodation. Duvets, pillows, linen, towels and hot drinks facilities are all provided. Please note that we supply bedlinen and towels; guests make their own beds on arrival and strip them on their departure.

With its open fire, high ceiling and beautiful artwork, The Stables, a lovingly converted 1930s stable and adjoining property, provides a warm and practical area for eating and relaxing. The ground level has an open-plan kitchen with hot drinks facilities and a dining room with under-floor heating where all meals are served. Immediately outside there is a large, decked, seated eating area which is ideal for meals in more clement weather.

Once an artists’ studio, this tastefully renovated single-level outbuilding sleeps up to six people (with two single beds and two bunk beds). With two showers and two toilets this dormitory offers high-quality, comfortable and spacious single-gender accommodation. Duvets, pillows, linen, towels and hot drinks facilities are all provided. Please note that we supply bedlinen and towels; guests make their own beds on arrival and strip them on their departure.

The Stables are part of the main building and can sleep up to five people. There is one double attic bedroom (accessible by a spiral staircase) with an ensuite bathroom and toilet, one double/twin and one single with a shared shower and toilet. There is a comfortable lounge for reading and relaxing and indoor access to the dining area. As you would expect, the furnishing and facilities are of a very high standard and there are wonderful views over Gayles and the Downs.

Camping is available for up to four people, between April and September. We provide single person tents (Quechua 2 Seconds 2) which will be put up for you. You will have the use of the ‘Royal Horsebox’, an ingeniously converted pony trailer which has an excellent shower and a separate washroom. We also supply a pillow, towel and torch. You will need to bring a sleeping bag and mat. If you wish to bring your own tent you may but it must be reasonably small, one room and designed to sleep no more than two people. No fires, please.

FROM PLANT TO PLATE
Homely, nourishing and delicious food

We pride ourselves on making delicious homemade meals that are largely sourced from our own lovingly tended organic gardens, making the food as fresh and natural as possible with a virtually zero carbon footprint. We buy any other ingredients as responsibly as we can; organic where that’s practical, and avoid highly processed products or anything that’s been flown half way round the world to get here.

Our menu is Vegetarian and seasonal and changes through the year, reflecting what’s abundant in the garden at the time. We provide three meals a day: lunch and dinner have two courses and breakfast offers several choices. Usually either lunch or dinner is more substantial, the other will be lighter with fresh fruit provided for dessert. All our food is Vegetarian and we are happy to cater for you if you are dairy or gluten-free or Vegan. Ground filter coffee and a variety of teas, as well as fresh fruit, are always available. Where the practice allows, we offer homemade treats on your arrival and in the afternoon of full days. 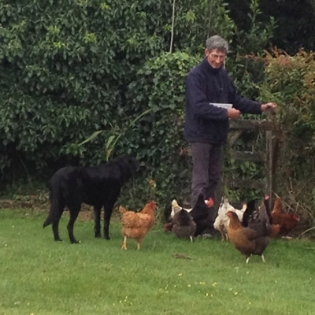 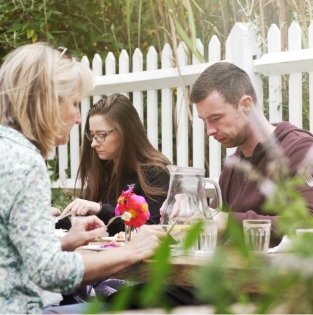 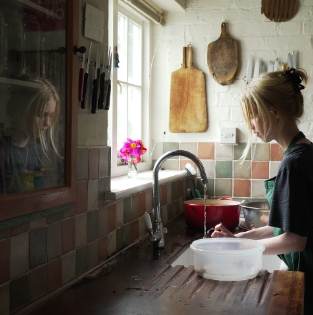 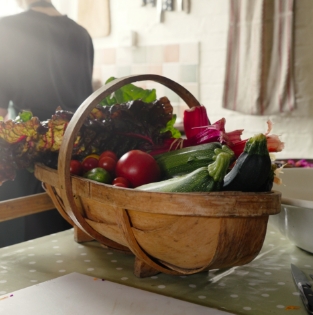 When you come to Gayles you are welcome guests sharing our family home; we respect that you are investing in yourself and we hope that you will have a fulfilling and enjoyable time here.

With this in mind, we ask that you also respect the space, participate fully in the activities and are mindful of the others in your group. Our retreats look to allowing you time and space to reconnect with yourself and the world around you in a warm, supportive and extraordinarily beautiful environment. 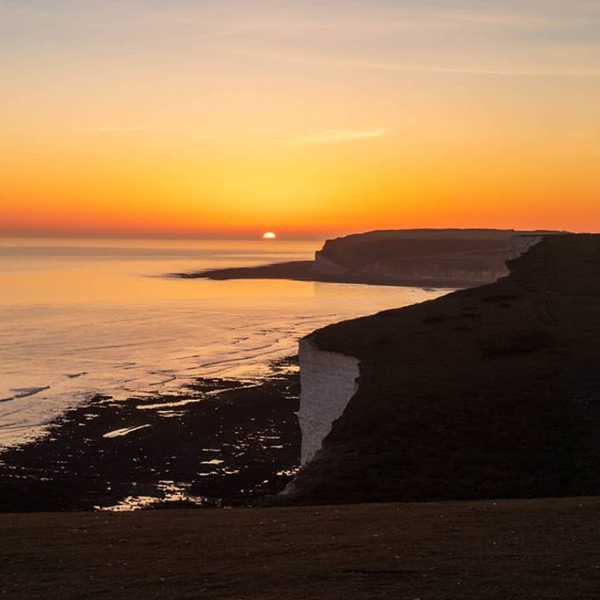 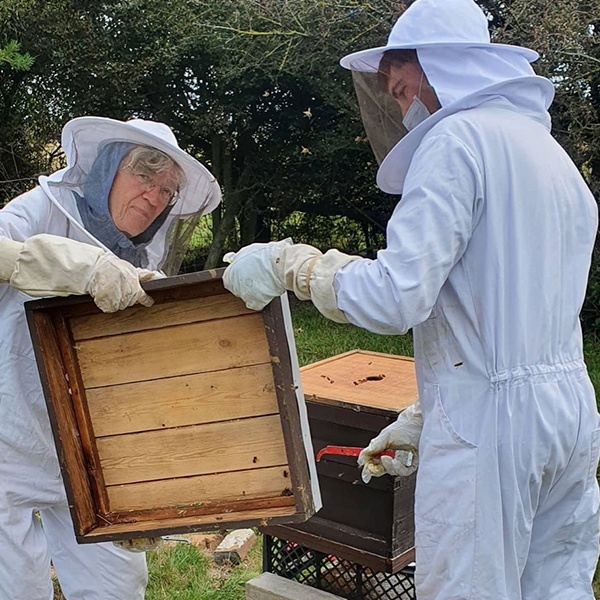 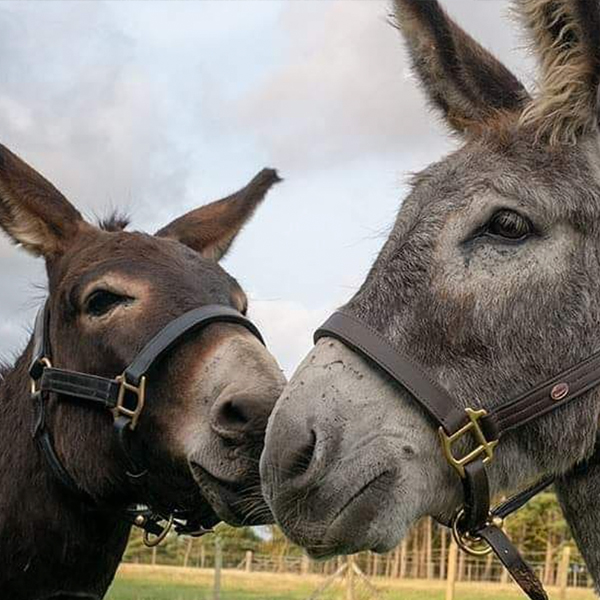 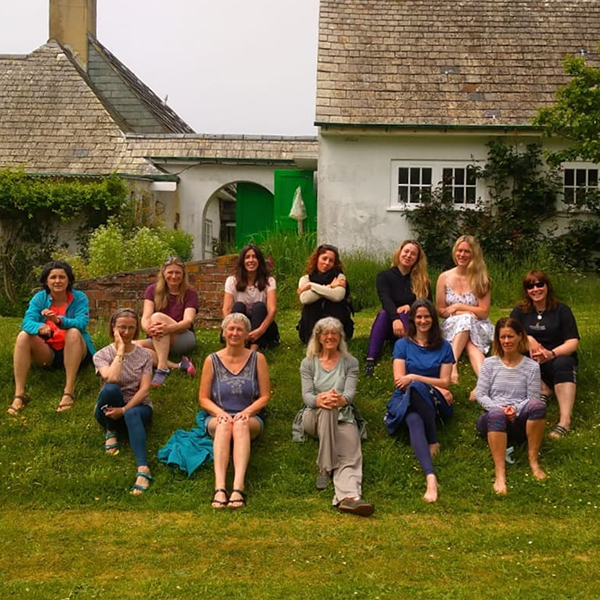 Do you cater for special diets?

All our food is vegetarian (and often vegan) and we are happy to cater for gluten and/or dairy free or vegan diets if you let us know at least five days before the retreat begins. Although we will do our best to cater for you if you have more particular requirements, our resources are limited and we ask that you discuss your needs with us before you book.
Are toiletries and towels provided?

Yes, we provide towels and basic toiletries. Feel free to bring along your own if necessary.
Can I smoke/vape or drink alcohol during a WYMS retreat?

Smoking/vaping is not allowed in any of the buildings but is permitted in certain areas in the grounds. Alcohol consumption is not permitted during any of our WYMS retreats.
Can I use the outdoor pool?

Yes, our outdoor unheated pool is open from May to September.
Can I go for walks on my own?

You are welcome to go for a walk on your own during the scheduled free periods.